The Effect of Alzheimer’s on Blood Vessels

Three-dimensional Reconstructed Image of Cells Grown in a Scaffold 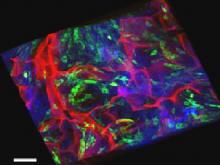 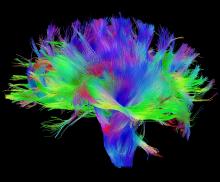 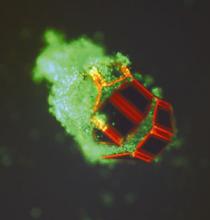 In this fluorescence microscopy image, a microgripper the size of a dust particle closes around live cells (green) in response to heat or biochemical signals. Such tiny tools can perform more effective, minimally invasive biopsies of hard-to-reach tissues than is possible with today’s surgical equipment. Source: T. G. Leong et al. 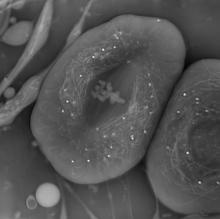 This optical microscopy image captures the metaphase of meiosis I in a crane fly spermatocyte (precursor of sperm). Using a technique called orientation-independent differential interference contrast (OI-DIC), subcellular structures like chromosomes lining up along the spindle equator, tubular distribution of mitochondria surrounding the spindle, and polar flagella in the lower centrosome (appearing as a letter 'l' lying on its side) can be clearly seen. Source: Michael Shribak, Marine Biological Laboratory 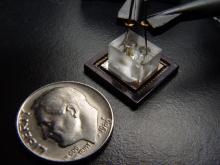 Tucked inside the plastic cube is a powerful, high-resolution, lens-less microscope the size of a bumblebee’s hair bristle. Capable of using sunlight as the light source, the mini microscope can image blood cells and microscopic organisms with comparable clarity to a conventional light microscope. Source: Changhuei Yang

This fluorescence microscopy image shows the distribution of two nanoparticles pumped gently into the brain. One particle (red) bound to brain tissue near the site of infusion while the other particle penetrated outwards several millimeters (green). Nanoparticles can be filled with either drugs or DNA for treatment of diseases including brain tumors, Alzheimer's, and Parkinson's. Visual studies like this help determine what properties are best suited to deliver therapy to these diseases.
Source: Frank Szoka, Jr. and J. A. MacKay, University of California at San Francisco 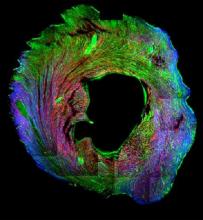