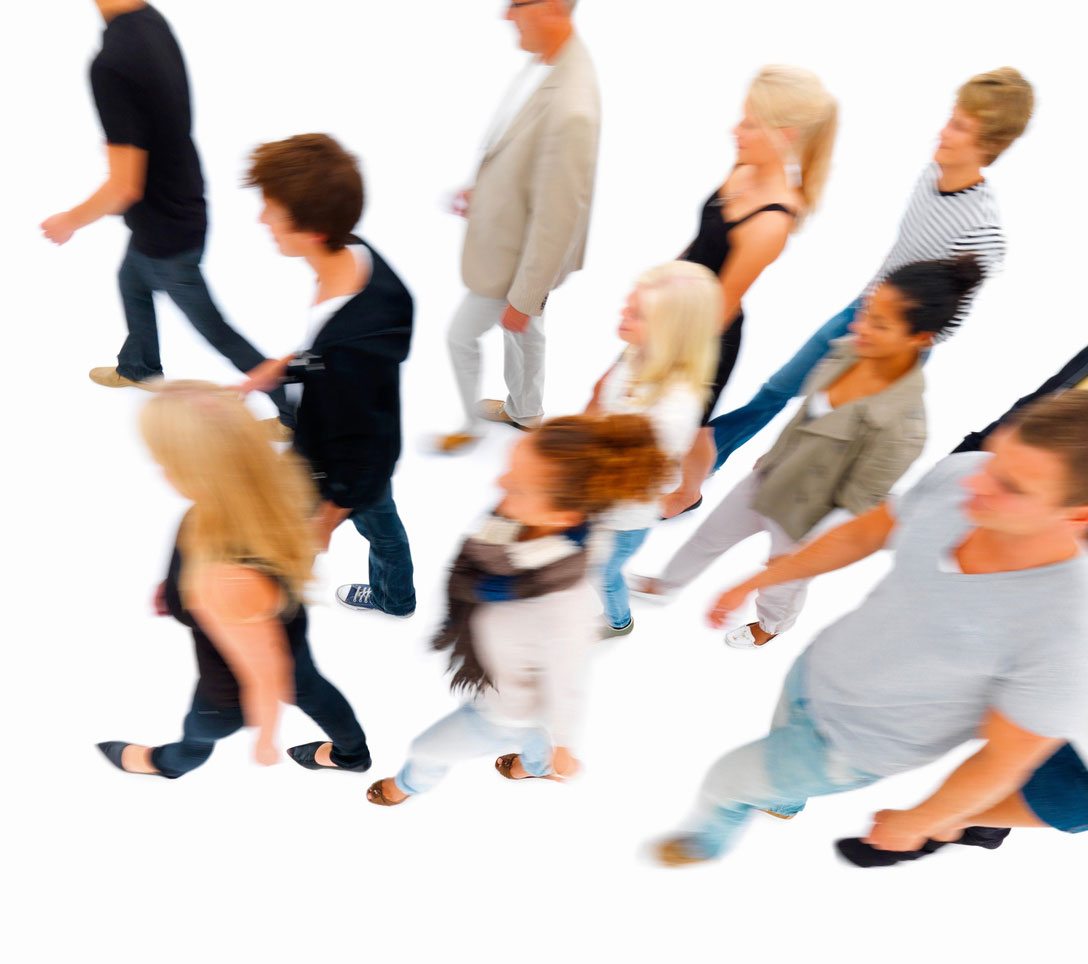 Using a larger dataset than for any previous human movement study, National Institutes of Health-funded researchers at Stanford University in Palo Alto, California, have tracked physical activity by population for more than 100 countries. Their research follows on a recent estimate that more than 5 million people die each year from causes associated with inactivity.

The large-scale study of daily step data from anonymous smartphone users dials in on how countries, genders, and community types fare in terms of physical activity and what results may mean for intervention efforts around physical activity and obesity. The study was published July 10, 2017, in the advance online edition of Nature.

“Big data is not just about big numbers, but also the patterns that can explain important health trends,” said Grace Peng, Ph.D., director of the National Institute of Biomedical Imaging and Bioengineering (NIBIB) program in Computational Modeling, Simulation and Analysis.

“Data science and modeling can be immensely powerful tools. They can aid in harnessing and analyzing all the personalized data that we get from our phones and wearable devices.”

Almost three quarters of adults in developed countries and half of adults in developing economies carry a smartphone. The devices are equipped with tiny accelerometers, computer chip that maintains the orientation of the screen, and can also automatically record stepping motions. The users whose data contributed to this study subscribed to the Azumio Argus app, a free application for tracking physical activity and other health behaviors.

In their study, Scott L. Delp, Ph.D., James H. Clark Professor of Bioengineering and director of the Mobilize Center at Stanford University, and colleagues analyzed 68 million days of minute-by-minute step recordings from 717,527 anonymous users of the smartphone app. Participation spanned 111 countries, but the researchers focused their study on 46 countries, each with at least 1,000 users. Of those, 90 percent of users were from 32 high income countries and 10 percent were from 14 middle income countries. The Stanford Mobilize Center is an NIH Big Data 2 Knowledge Center of Excellence.

“The study is 1,000 times larger than any previous study on human movement,” said Delp. “There have been wonderful health surveys done, but our new study provides data from more countries, many more subjects, and tracks people’s activity on an ongoing basis in their free-living environments versus a survey in which you rely on people to self-report their activity. This opens the door to new ways of doing science at a much larger scale than we have been able to do before.”

In addition to the step records, the researchers accessed age, gender, and height and weight status of users who registered the smartphone app. They used the same calculation that economists use for income inequality—called the Gini index—to calculate activity inequality by country.

The authors suggest that this inequality is an important target for obesity intervention. Using a computer simulation, they showed that targeted interventions could result in up to a four times greater reduction in obesity than non-targeted approaches.

The researchers report that countries with greater activity variation also have a larger proportion of inactive women. They found that in countries where activity is more uniform among members of the population, such as Japan, males and females are similarly active. But in countries with greater activity disparity, such as Saudi Arabia and the United States, there is disproportionately reduced activity for females. In fact, the gender gap accounts for 43 percent of activity inequality in those countries, according to the authors. They also found that the prevalence for obesity increases faster for females than males as population-wide activity decreases.

The researchers investigated the idea that making improvements in a city’s walkability—creating an environment that is safe and enjoyable to walk—could reduce activity inequality and the activity gender gap.

“If you must cross major highways to get from point A to point B in a city, the walkability is low; people rely on cars,” Delp said. “In cities like New York and San Francisco, where you can get across town on foot safely, the city has high walkability.”

The study exemplifies how smartphones can deliver new insights about key health behaviors, including what the authors categorize as the global pandemic of physical inactivity.

This work was supported in part by NIH grants from NIBIB (EB020405) for Stanford’s BD2K Mobilize Center and by the Eunice Kennedy Shriver National Institute of Child Health and Human Development (NICHD) HD065690.

On a related note, the U.S. Department of Health and Human Services last month announced their Healthy Behavior Data Challenge to tap into the potential of innovative data sources and alternative methodologies for public health surveillance. The Centers for Disease Control and Prevention (CDD) seeks to receive concept proposals by Aug. 4, 2017, for designs to obtain data collected from wearable devices, mobile apps, or social media to enhance traditional systems in the areas of physical activity, sedentary behaviors or sleep. For more information on the Healthy Behavior Data Challenge visit: https://www.challenge.gov/challenge/the-healthy-behavior-data-challenge/

About the National Institute of Biomedical Imaging and Bioengineering: NIBIB’s mission is to improve health by leading the development and accelerating the application of biomedical technologies. The Institute is committed to integrating the physical and engineering sciences with the life sciences to advance basic research and medical care. NIBIB supports emerging technology research and development within its internal laboratories and through grants, collaborations, and training. More information is available at the NIBIB website: http://www.nibib.nih.gov.

About the Eunice Kennedy Shriver National Institute of Child Health and Human Development (NICHD): NICHD conducts and supports research in the United States and throughout the world on fetal, infant and child development; maternal, child and family health; reproductive biology and population issues; and medical rehabilitation. For more information, visit NICHD’s website.

About the National Institutes of Health (NIH): NIH, the nation's medical research agency, includes 27 institutes and centers and is a component of the U.S. Department of Health and Human Services. NIH is the primary federal agency conducting and supporting basic, clinical, and translational medical research, and is investigating the causes, treatments, and cures for both common and rare diseases. For more information about NIH and its programs, visit www.nih.gov.