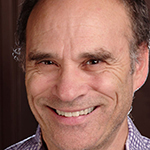 Dr. Barnett received his Ph.D. in physics from MIT in 1983. For his doctoral thesis he analyzed data acquired by the Voyager 1 Plasma Science instrument during the Io flyby. His analysis showed that Io generates am Alfven wave that causes the plasma to flow around the Io flux tube. After receiving his doctorate, he did research on CT of large rocket motors and electoporation, before completing a 2 year post-doctoral fellowship in MRI at the Hospital of the University of Pennsylvania. In 1992 he became a staff scientist NINDS, where he did work on in-vivo MR spectroscopy and MR diffusion imaging. He continued to work on those topics after moving to NIMH in 1999. He has been working as an MRI consultant since his retirement from government service in 2012.