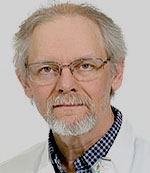 Dr. Kiesewetter received a B.S. in chemistry and mathematics from Eureka College and subsequently obtained his Ph.D. from the University of Illinois at Urbana-Champaign. He was a student of Professor John Katzenellenbogen, a pioneer in the application of organic synthesis to study steroid hormone receptors. His Ph.D. thesis described the stereoselective radiochemical synthesis 16α-[18F]fluoroestradiol. This fluorine-18 radiolabeled steroidal estrogen has been explored for clinical application in human breast cancer throughout the years since its initial description.

Following his graduate work, he joined the group of Dr. William C. Eckelman at the NIH Clinical Center and continued work to develop novel fluorine-18 molecules directed toward the study of the muscarinic receptor system and applications in oncology.  One of the muscarinic compounds, [18F]FPTZTP, was evaluated at the NIH Clinical Center for applications in mental diseases. [18F]Paclitaxel, an analog of the clinical anticancer agent was prepared and is currently under evaluation in human subjects at the NCI.

Following the arrival of Dr. Shawn Chen and creation of the Laboratory of Molecular Imaging and Nanomedicine, Dr. Kiesewetter has been the section chief of the Chemistry and Radiochemistry Section.

The primary research interest is the development of methods to radiolabel biologically relevant molecules in which the introduction of 18F can be easily and efficiently accomplished.  Examples of these small molecules include the anticancer drug analog [18F]Paclitaxel, the HIV drug analog [18F]FPMPA, and the muscarinic agonist [18F]xanomeline.  An expansion of this interest is  the preparation of small radiolabeled organic prosthetic groups that can subsequently be used to radiolabel larger molecules, such as peptides or proteins. Prosthetic groups may contain hydroxysuccinimidyl esters for selective conjugation with lysine residues or maleimidyl moieties for selective conjugation with cysteine residues. Recently, we described the conjugation of [18F]FBEM (fluorobenzoylaminoethyl maleimide) with HER2-specific Affibody molecule, an scVEGF fragment and with a cysteine-containing analog of exendin-4.  These projects have yielded radiotracers with potential clinical applications.