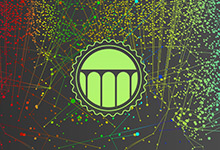 With his election this past February to the National Academy of Engineering (NAE), NIH’s Peter Basser achieved one of the highest professional distinctions accorded to any engineer.  NAE membership is bestowed on those who have made crucial contributions to new and developing fields of technology and major advancements in traditional fields of engineering.

Basser is Associate Scientific Director for Imaging, Behavior, and Genomic Integrity at the Eunice Kennedy Shriver National Institute of Child Health and Human Development (NICHD), where he began his tenure track in 1998. Yet, it was as a postdoctoral fellow in NIH’s Biomedical Engineering and Instrumentation Branch (BEIB)—the forerunner of the National Institute for Biomedical Imaging and Bioengineering (NIBIB)—that he conducted pioneering imaging research to develop diffusion tensor magnetic resonance imaging (DTI) and streamline tractography; these have become indispensable methods for imaging the white matter of the brain. That was roughly a decade before the U.S. Congress legislated creation of NIBIB.

Basser describes BEIB in the late 1980’s as a woefully underfunded program, consisting of a handful of talented and innovative bioengineers and biophysicists.  “My group, run by Seth Goldstein, had an annual budget of about $10,000 to support the work of five researchers,” said Basser. “A critical part of implementing the experimental design of DTI, including data processing, statistical estimation, and visualization, was greatly facilitated by mathematical software that had just been developed and cost $500. Seth went to great lengths to scrounge up those funds to procure that software for me.”  This is ironic, says Basser, given the subsequent adoption and enormous commercial success of these biomedical imaging technologies as integral tools for both biomedical research and state-of-the-art clinical care.

Asked about the role of BEIB as the forerunner of NIBIB, Basser spoke nostalgically about the talented scientists there. “We had the inventors and developers of pharmacokinetics, and laser-capture microdissection. Additionally, it was BEIB inventors who built one of the first MRI systems, conducted the first applications of wavelets to biomedical image processing, and invented and developed convection-enhanced delivery (CED). It was a dynamic research environment, all under the aegis of Murray Eden, Ph.D., a former MIT professor.”

Two years before NIBIB was formed, Basser moved to NICHD to start his own laboratory. “However, I never lost my ties to my engineering roots,” he said. “Roderic Pettigrew, the inaugural NIBIB director, remained supportive of our work.  As soon as he became institute director, he encouraged me to become an associate investigator of NIBIB, with a joint appointment there. He and Richard Leapman, NIBIB scientific director, made space available to us, provided a joint NICHD/NIBIB post-doctoral fellow slot to enhance our research program, and even encouraged me to apply for NIH BRAIN Initiative funding. All told, this has been a successful 30-year research partnership with no signs of slowing down.”

Current NIBIB Director Bruce Tromberg said, “Peter’s discoveries have had enormous impact on the development of MRI and his generous contributions over the years have played a major role in the growth of NIBIB and the biomedical imaging and engineering community around the country.”