With the increasing prevalence of smartwatches and fitness trackers, what is the best way to harness the potential of these devices? A team of NIH-funded researchers has an idea—to use these wearable sensors as a way to predict clinical test results, which could potentially serve as an early warning signal for underlying health issues.

“Consumer wearable devices have enormous untapped potential to facilitate the monitoring—and potentially, the prediction—of human health and disease,” said Grace Peng, Ph.D., director of the NIBIB program in Mathematical Modeling, Simulation and Analysis. “This study, which investigates how data from smartwatches are associated with clinical laboratory tests, is an important step forward in this burgeoning field.”

To better understand how smartwatches could be incorporated into routine healthcare, the study authors first evaluated how data captured using a wearable device compared with measurements taken in a clinical setting. To do this, they followed 54 participants for roughly three years. During this time, each participant had about 40 clinic visits and wore a smartwatch for approximately 340 days. The smartwatch measured four vital signs: heart rate, skin temperature, step count, and electrodermal activity (a measure of conductance of the skin). At the clinic, heart rate and oral temperature were measured, and clinical laboratory panels were conducted, including a complete blood count, a comprehensive metabolic panel, and a cholesterol panel.

The researchers assessed the difference in vital signs as measured during clinical visits versus the continuous measurements from a smartwatch. They found that temperature measurements were more consistent when evaluated in a clinical setting, as oral temperature generally had less variability than wearable-measured skin temperature. However, the researchers found that the smartwatch gave more accurate heart rate readings, as measurements taken at the clinic had significantly more variability between them. “When your vitals are measured in a doctor’s office, there are a wide variety of variables that can affect a heart rate measurement, such as time of day, what sort of activities you were doing before your appointment, or even if you were nervous during the test,” explained senior study author Michael Snyder, Ph.D., chair of the Department of Genetics at Stanford University School of Medicine. “On the other hand, because a smartwatch is worn continuously, the user’s heart rate can be measured throughout the day, resulting in a much more consistent measurement with significantly less variability.”

Next, the researchers wanted to determine if they could predict clinical laboratory test results using the information gathered from the smartwatches. Generating such prediction models requires an immense amount of information, which was captured during the extended monitoring period. The researchers therefore analyzed the longitudinal data collected from the devices and converted the measurements into over 150 different features—such as average heart rate during exercise, overnight variability in skin temperature, and overall electrodermal activity. Then, using machine learning models, they combined these features to predict clinical laboratory results. 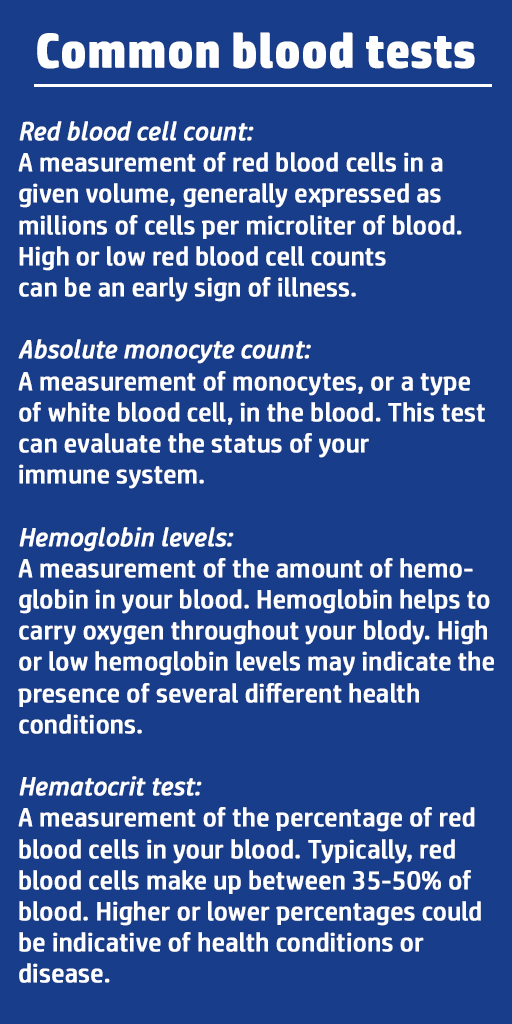 The researchers then compared the predicted results generated from their models with the results observed from the laboratory tests conducted at the clinic. They found that their predictions aligned with several clinical test results, with four blood tests having the most predictable results. These tests included red blood cell (RBC) count, absolute monocyte count, hemoglobin (HBG) levels, and hematocrit (HCT) levels. Interestingly, the researchers found that measurements related to electrodermal activity were a major factor in the prediction of RBC, HBG, and HCT test results.

“Electrodermal activity is generally not measured in a clinical setting, but it’s one of the technologies that’s used in a lie detector test,” explained first author Jessilyn Dunn, Ph.D., assistant professor of biomedical engineering at Duke University. “Essentially, we are looking at the opening of sweat glands, which could be in response to stress, temperature, emotional state, or even a measure of hydration,” she said. “Electrodermal activity likely has a lot of clinical potential, such as detecting dehydration, especially in older people, but it just hasn’t been tapped as a resource in this setting yet.”

The researchers emphasized, however, that the smartwatch data aren’t replacing clinical tests, but rather could serve as an early warning sign, which could prompt the wearer to consult their physician. “The power of wearable devices is their ability to pick up changes from baseline readings,” said Snyder. Even if some specific measurements aren’t highly accurate, the ability of the watch to detect shifts in the wearer’s vital signs could be immensely useful, he added. “The current medical paradigm focuses on treating patients after they’re already sick, not monitoring healthy people for the early detection of disease,” Snyder said. “We believe that data from smartwatches could help intercept emerging illness, which could ultimately prevent more severe disease.”

This research was reported in Nature Medicine. 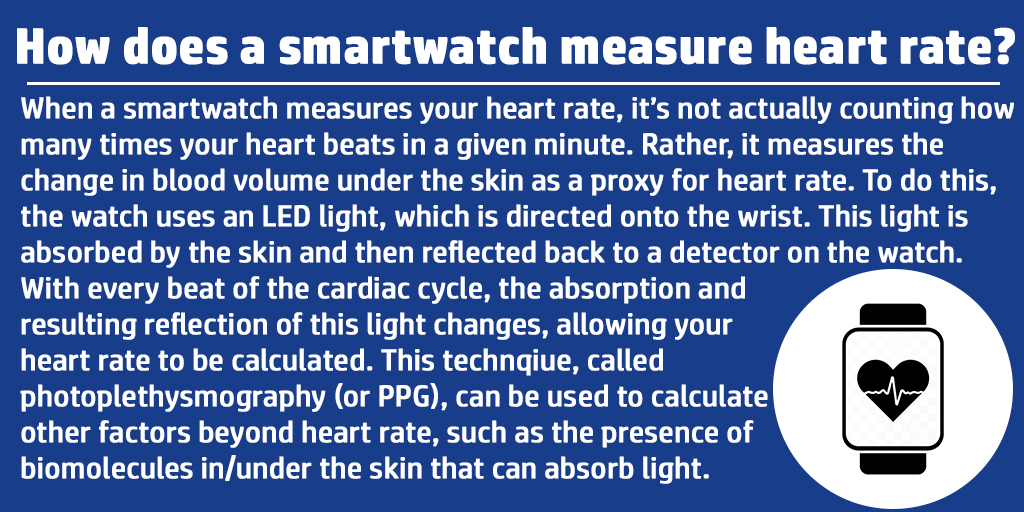